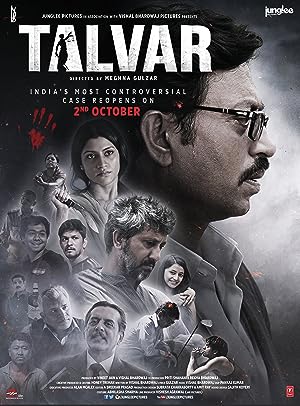 Talvar is an upcoming Bollywood mystery thriller film directed by Meghna Gulzar. It is based on the 2008 Noida double murder case, in which a teenage girl and her family servant were found murdered, and her parents were arrested for the murders.

The story revolves around the mysterious murder cases of a 14-year girl, Shruti and the domestic help, Khempal who worked at her place. The film is based on the real life Noida Double Murder Case of 2008, where the parents were said to be the prime suspects of the murders. The film showcases three perspectives to the case which emerge as the investigation moves forward.