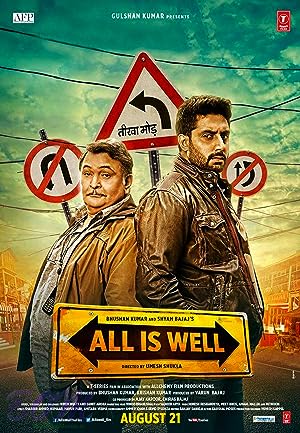 All Is Well Movie Song Lyrics

All Is Well is an upcoming Bollywood family drama film directed by Umesh Shukla and produced by Bhushan Kumar, Krishan Kumar, Shyam Bajaj and Varun Bajaj and co-produced by Ajay Kapoor. It stars Abhishek Bachchan, Rishi Kapoor, Asin and Supriya Pathak in lead roles. The film tackles a thorny issue with a social message similar to Shuklas previous venture OMG â€“ Oh My God!. The film is scheduled for release on August 21, 2015. The official trailer of the film was released on 1 July 2015 on YouTube.

A musician finds himself on the run from a group of thugs with his friend and his estranged parents.